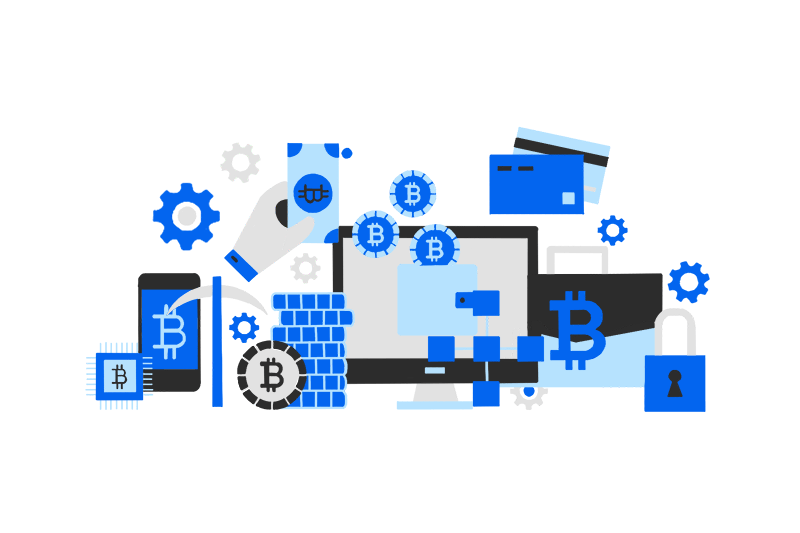 Part 1: An Introduction to the Digital Asset Economy

A decade has passed since the invention of Bitcoin, but the digital asset economy is still in its early stages. Due to their technical complexities, digital assets require a certain amount of expertise from their users. This makes them currently accessible only to expert communities around the globe, and they have yet to arrive in the mainstream world of the average person.

But to think that digital assets will always remain a niche market is illusionary. With central banks all over the world announcing their own forms of digital assets, this market is set to enter all of our lives in the future.

This three-part guide to the digital asset economy will introduce you to the fundamentals of digital assets, their history and how future developments in this space will eventually feature in our everyday lives. But before we can learn about the market, we need to understand what digital assets actually are.

What are digital assets?

In general, a digital asset is “anything that exists in a digital format, which is self-contained, uniquely identifiable, and has a value or ability to use.” This broad term includes any items that are not physical, are purely virtual and intangible, such as photos, videos, audio, text files, spreadsheets etc.

All of these files are tradable and there is certainly a market for them, but what we are really concerned with here is a subsection of digital assets. When people talk about the digital asset economy, what they really mean is digital assets that are based on a new kind of technology - blockchain.

You might have heard of blockchain technology before, since it has been a buzzword for much of the past few years. And that is no surprise. Blockchain technology is a highly promising innovation. It offers a more secure, verifiable way to track digital transactions. The technology’s central premise is the creation of a digital ledger that contains details of every transaction and is hosted on a shared network of computers. In other words, a blockchain is a network of computers that simultaneously verifies data on a digital ledger. The network enables this data to be stored unaltered and verifiable, which creates a trustworthy audit trail.

Because of blockchain’s decentralized nature (the ledger is shared on a number of computers and does not exist in a single, central location that could be targeted by hackers), it offers solid protection against manipulation and fraud.

And it is exactly these transparency and security aspects that make blockchain technology so interesting. This technology enables us, for the first time in history, to prove certain aspects of a digital asset, be it ownership, transaction history, location etc without relying on a third party. All the information is available for everyone to view on the blockchain. This makes the whole transaction process more time-efficient, less costly and more robust against fraud.

The most compelling use case for blockchain technology is without a doubt the international payment space. Sending money overseas is a costly and time-consuming endeavour. Even today, this process involves several steps and intermediaries along the way - currencies need to be converted and banks and agencies in both countries have to verify the transaction. But with blockchain, transactions are instantaneous and low-cost exactly because no intermediary is required. With blockchain technology, we are able to streamline a formerly complex process.

Bitcoin: the beginning of the digital asset economy

Although blockchain technology is nowadays being eyed for different use cases, like as a way to share sensitive data and track goods as they move through the supply chain, it was originally created as the foundation for the digital currency Bitcoin.

Where did Bitcoin come from?

The invention of Bitcoin was no accident. Following the 2008 financial crisis, which left the global economy reeling, people started to realise that money was not an ideal store of value. During the crisis, central banks released more and more money into the economy in order to stabilize the markets. This flood of new capital devalued money overall because there was simply more of it in circulation. Additionally, the new money that was printed was no longer backed by a physical asset such as gold. In fact, nowadays, the value of money is upheld only through the trust citizens put in their governments and central banks.

This became a grave concern for some people. If money was no longer backed by another asset, it was essentially worthless. Additionally, its value was subject to the whims of the central bank. In other words, people were concerned about the function of money as a store of value.

As a direct consequence of these developments, Bitcoin was born. In 2009, a whitepaper was published by an unknown person under the pseudonym Satoshi Nakamoto. In this paper, Nakamoto outlined a new digital currency which was run on a blockchain-based peer-to-peer network and which was not subject to a central authority managing the currency. Bitcoin, as it was named, was the first successful attempt of creating a purely digital currency by combining cryptography with blockchain technology. And not only was this currency entirely digital, it also did not require a central actor to govern it, making it a ‘democratic’ kind of currency. The plan was to create a whole global market around it that would be free from the stranglehold of governments, central banks and land-borders.

The rise of Bitcoin

Since there is no central authority managing the supply of Bitcoin, something else must take on that role. And that something is algorithms. Instead of a central bank being able to issue an unlimited supply of currency - and thereby making the currency potentially worthless - Bitcoin has a fixed supply of 21 million coins. These bitcoins need to be “mined” through computers. In this way, Bitcoin operates differently from a normal government-issued currency. In traditional banking systems, the central bank releases currency at a rate required to maintain price stability. A decentralized system like Bitcoin, on the other hand, sets the release rate according to a pre-defined algorithm. And in the case of Bitcoin, the rate of release will slow down as more and more coins are mined.

When Bitcoin began to attract international attention around 2016, so too did the coin’s value. Investors, traders and speculators, united in their interest in the limited supply of bitcoins, were eager to get their hands on the coins. And with that the price of Bitcoin started to soar and reached nearly $20,000 per coin in 2017.

Also attracted by Bitcoin’s glorious rise were other developers, who started to create their own digital coins. Some of the more well-known are Litecoin, Ethereum and Monero. Like Bitcoin, these coins also utilize blockchain technology, but each has a different use case.

The limitations of Bitcoin

Given that the price of Bitcoin went through the roof in 2017 only to drop again sharply two years later, it became clear very quickly that Bitcoin was not ideal for use as day-to-day digital money to purchase goods and services as was originally intended. A currency that cannot guarantee price stability is not likely to be widely adopted, and today Bitcoin has evolved more into an investment asset. Instead of digital money, it is now widely seen as a long-term store of value, essentially a replacement for gold.

Regardless of Bitcoin’s fate, though, blockchain technology is here to stay. And one of the reasons for that is tokenization. Tokenization is a process that converts rights to an asset into a digital token. With blockchain, we can tokenize anything and nearly everything. From real estate in Switzerland to works of art - even items that are non-liquid such as debt can now be traded as tokens between anyone, anywhere across the internet and across the world. And with more and more things being tokenized, entirely new digital asset classes are created and continue to develop.

In the next part of this series, we will discuss the biggest type of digital asset in more detail - cryptocurrencies.

Read more about this topic 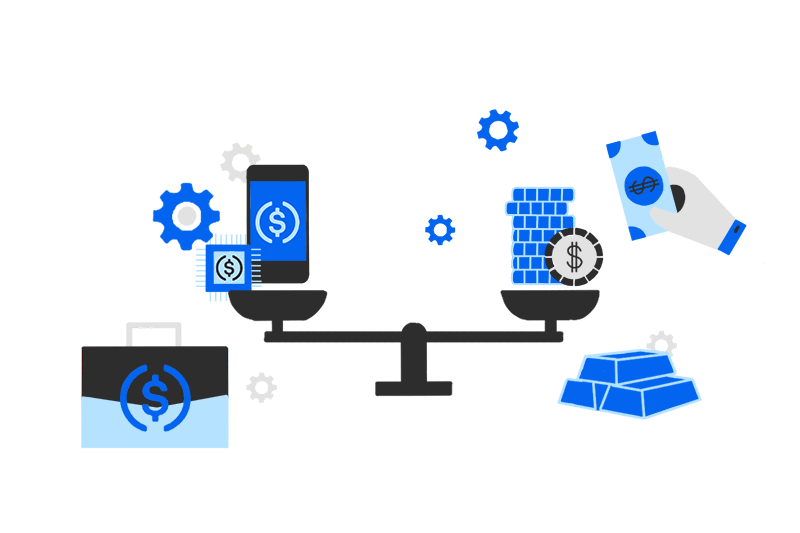 Part 3: What are Stablecoins? END_OF_DOCUMENT_TOKEN_TO_BE_REPLACED 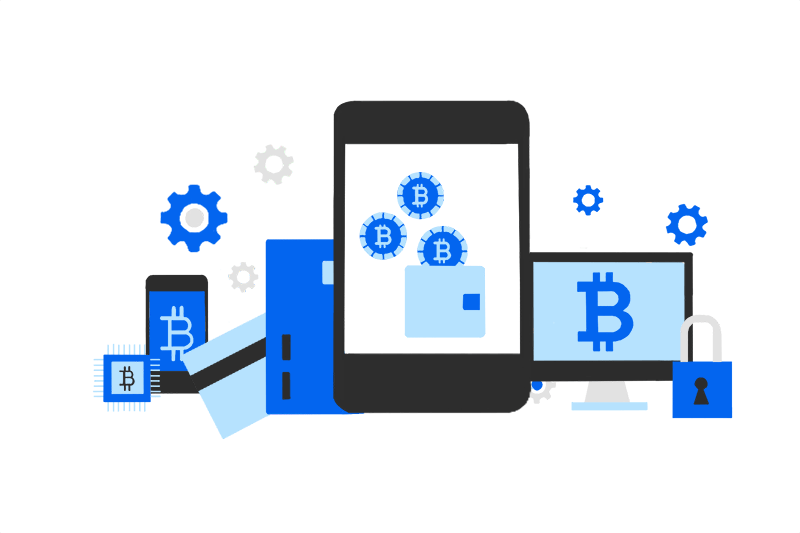 Part 2: What are Digital Currencies? END_OF_DOCUMENT_TOKEN_TO_BE_REPLACED
Start earning today.
Thank you! We've added you to our waitlist.
Oops! Something went wrong while submitting the form.

        
support@moniebanking.com
Company
HomeAboutHow It Works
Rates for Monie products are subject to change. Monie is not a bank, your Monie Account is not a bank account, and funds held with Monie are not insured by the Federal Deposit Insurance Corporation, the Securities Investor Protection Corporation or by any US or foreign government agency, insurance fund, person or entity.
Help
FAQsSupportCommunity
Legal
SecurityTerms Privacy